skip to main | skip to sidebar

Posted by Rahul Ghosh at 6:56 AM No comments:

Posted by Rahul Ghosh at 1:30 PM No comments:

Posted by Rahul Ghosh at 1:19 PM No comments: 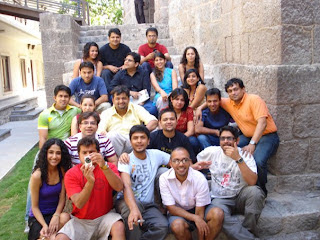 Posted by Rahul Ghosh at 1:09 PM No comments:

Radiohead - All I Need

Posted by Rahul Ghosh at 5:52 PM No comments: 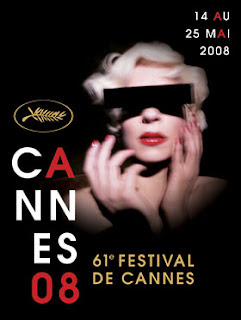 The festival starts today and here are some of the films I want to watch (and hopefully will get a copy of).

Atom Egoyan's Adoration. Liked Where the Truth Lies and am always looking forward to his work. Blindness by Fernando Meirelles has an interesting plot. A sudden plague of blindness devastates a city. A small group of the afflicted band together to overcome the horrific conditions of their imposed quarantine. Stars Julianne Moore, Gael García Bernal, Mark Ruffalo, Sandra Oh and Danny Glover. Adapted from Nobel Laureate José Saramago’s masterwork. Should be delicious. Steven Soderbergh is back to edgier (familiar) territory with Che, his two-part biopic on the Argentine revolutionary.

Clint Eastwood's got Changeling. Angelina Jolie stars as the mother whose prayer for her kidnapped son to return home is answered, though it doesn't take long for her to suspect the boy who comes back is not hers. Do I hear Oscar buzz?

The Motorcycle Diaries helmer Walter Salles comes back with Linha de Passe. A story about four brothers set in Sao Paulo. Dutch auteur Wim Wenders presents Palermo Shooting. A famous photographer's life suddenly spins out of control,. He takes off and leaves everything behind. His journey leads him from Düsseldorf to Palermo. where he finds himself persecuted by a mysterious shooter who’s after him with a vengeance. At the same time a whole new life is beginning. And love. Interesting.

Charlie Kaufman finally directs his own. Synedoche, New York. Theater director Caden Cotard (Philip Seymour Hoffman) is mounting a new play. Fresh off of a successful production of Death of a Salesman, he has traded in the suburban blue-hairs and regional theater of Schenectady for the cultured audiences and bright footlights of Broadway. Armed with a MacArthur grant and determined to create a piece of brutal realism and honesty, something into which he can put his whole self, he gathers an ensemble cast into a warehouse in Manhattan's theater district. He directs them in a celebration of the mundane, instructing each to live out their constructed lives in a small mockup of the city outside. As the city inside the warehouse grows, Caden's own life veers wildly off the tracks. The shadow of his ex-wife Adele (Catherine Keener), a celebrated painter who left him years ago for Germany's art scene, sneers at him from every corner. Somewhere in Berlin, his daughter Olive is growing up under the questionable guidance of Adele's friend, Maria (Jennifer Jason Leigh). He's helplessly driving his marriage to actress Claire (Michelle Williams) into the ground. Sammy Barnathan (Tom Noonan), the actor Caden has hired to play himself within the play, is a bit too perfect for the part, and is making it difficult for Caden to revive his relationship with the alluringly candid Hazel (Samantha Morton). Meanwhile, his therapist, Madeline Gravis (Hope Davis), is better at plugging her best-seller than she is at counseling him. His is second daughter, Ariel, is retarded. And a mysterious condition is systematically shutting down each of his autonomic functions, one by one. As the years rapidly pass, Caden buries himself deeper into his masterpiece. Populating the cast and crew with doppelgangers, he steadily blurs the line between the world of the play and that of his own deteriorating reality. As he pushes the limits of his relationships, both personally and professionally, a change in creative direction arrives in Millicent Weems, a celebrated theater actress who may offer Caden the break he needs. By seamlessly blending together subjective point-of-views with traditional narrative structures, writer/director Charlie Kaufman has created a world of superbly unsteady footing. His richly developed cast of characters flutter between moments of warm intimacy and frightful insecurity, creating a script that brings to life all the complex and beautiful nuances of shared life and artistic creation. Synecdoche, New York is as its definition states: a part of the whole or the whole used for the part, the general for the specific, the specific for the general. Verdict: can't wait.

And now for some movies which I will probably watch: James Toback's Tyson, Indiana Jones and the Kingdom of the Crystal Skull, Kung Fu Panda...ah, here's an interesting one...a Maradona bio-docu directed by none other than Emir Kusturica. Then there's Woody Allen's Vicky Cristina Barcelona and this film by Barry Levinson called What Just Happened with an interesting plot. A fading movie producer (DeNiro) tries to revitalize his career while dealing with a teenage daughter who’s growing up too fast, a variety of ex-wives, and several Hollywood personalities who seem to want nothing more than to make his life difficult.
Posted by Rahul Ghosh at 3:26 PM 3 comments:

Rahul Ghosh
Rahul Ghosh is a lazy Calcuttan who lives in Mumbai. He loves instigating people to justify his own inaction, thus making a few close friends and no enemies whatsoever. If anything's happening, chances are you will find him perched comfortably on the fence, egging on the ones who are not. He also likes movies and books that can be seen and read more than once. And he loves crossing over to the Dark Side of the Force, preferably in a room with a comfortable bed and dark curtains.